Update on Poland – Provided by Department of State – December 12, 2018

The Department of State, Office of Children’s Issues, held a conference phone call about Poland on December 12, 2018.  On the call were agencies who work with Poland.

The following blog is our notes from the conference call.

On the call, the speaker said that there had been a meeting between Office of Children’s issues and the Ministry in Poland in November (2018).   The meeting was sought by the US because of the recent shortcomings in procedure from Poland affecting all families wishing to adopt a child from Poland.

At this meeting, it would appear that the Polish ministry communicated that that the new meaning of the Catholic Center providing referrals is just a “provisional match”, and it is not an official match until it reaches the Ministry, and it is approved by the Ministry.

If we understood this explanation correctly, this would be a change in how Poland operates.  The speaker said that DOS will put out a notice of their own to the public which will hopefully help clear up any confusion about the procedural change.

The speaker said that DOS has asked for a new process that would eliminate this confusion between the Catholic Center and the Ministry, and that this new process would render the Ministry to provide referrals from the start, in order to eliminate denials of referrals.

There weren’t any criteria by which a case was reversed a denial ruling and it appeared that it was decided on a case-per-case basis, with favor going towards domestic placement in Poland.  The speaker did say that Poland is expected to favor domestic placement more heavily going forward, as do all other countries who are members of the Hague.

The criteria for international adoption from Poland would appear to be for siblings adoption, Polish heritage/Polish citizens living abroad, and of course special needs.

So in a way, focusing on domestic adoptions is nothing new.  By definition, every country does it.  Something new would have been if we were told that Poland is closing.  However, we were not told so.  Therefore, if Poland is going to remain open, we look forward to the Office of Children’s issues involvement with the Polish Ministry to help smooth out any procedural bugs that may be causing denials instead of approvals.

Since, we have not been told that Poland’s intention is to close, we certainly look forward to the Department’s public notice on this issue and what is being done to correct procedural changes in order to improve the process.

As soon as we know more, we will update our families using this blog.

If you’d like to see our previous updates on Poland as this issue has been pending over the last several months, please see:

To remind our readers, Poland is facing major elections in their parliament in the spring and fall of 2019.

At this point, we remain committed to the Polish adoption process.

From the Staff at Saint Mary International Adoptions 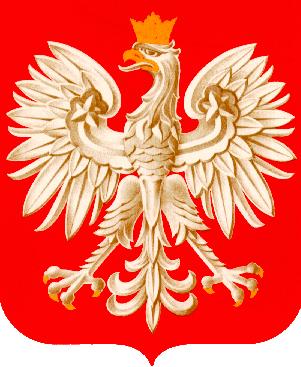